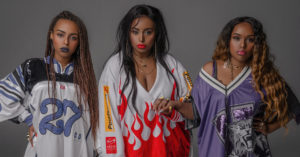 Ukrainian broadcaster UA:PBC have chosen to do things a little differently this year and showcase new talent in the 2020 edition as well as a shake up to the judging line up. Will this make for a more entertaining and less controversial contest? Read more 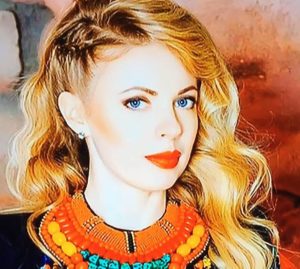 Ukrainian singer OHITVA has released the video for her song “Wonder” which she hopes will represent Ukraine in the Eurovision Song Contest next year. The message of the song is that if you believe in a miracle, it will come true. Will OHITVA’s dream come true? Read more 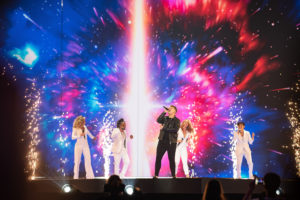 Eurovision: You Decide has been scrapped. The broadcaster BBC will team up with record company BMG to hopefully find the winning formula to bring success back to the United Kingdom at the Eurovision Song Contest. Is this a step in the right direction for the U.K? Read more 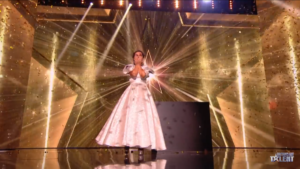 This evening, Eurovision sand artist Kseniya Simonova has won the golden buzzer on Britain’s Got Talent – The Champions opening episode. Can she go on to win the entire series? Read more

Rotterdam has been selected as the host city of the 65th Eurovision Song Contest in May next year. The Netherlands have hosted the competition four times, but this will be the first time that the event has been hosted by Rotterdam. Read more

Potential host cities Rotterdam and Maastricht have just four days to provide additional information as part of their official bids to host Eurovision. We will soon find out which city will be hosting the contest in 2020. Read more 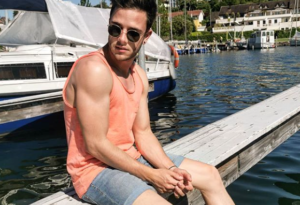 Eating McDonalds next to the Eiffel Tower, Buying vintage records in L.A. and taking in the sights of Moscow are just some of the things that the class of 2019 have been up to this summer. Yesterday we showed you how some of your favourite contestants from this year’s contest have spent their summer. Let’s… Read more 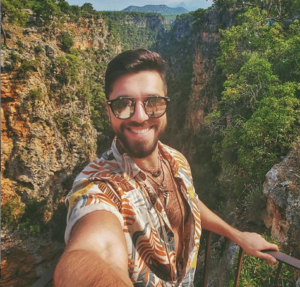 Disneyland, music festivals and trips to Hong Kong are just some of the things that the class of 2019 have been enjoying since their sang their hearts out in Tel Aviv. Let’s see how your favourite Eurovision stars have spent their summer. Read more 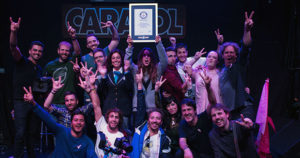 Guinness World Records, travelling the world and headlining fashion shows. These are just some of the things that the class of 2014 have been up to since their time at the Eurovision Song Contest. Read more 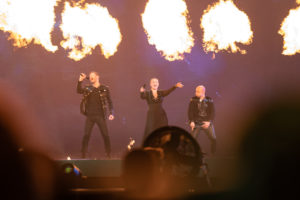 Madonna’s Eurovision performance did not give her the best advertising for her new single “Future” as she has been thrashed in the download charts by the Eurovision class of 2020. Read more 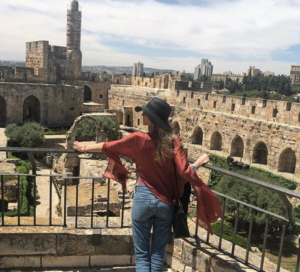 This year’s Eurovision participants have been taking a much needed break from rehearsals and performing. Many have been using this free time to enjoy the wonders of Israel. Read more 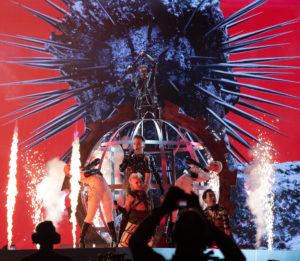 After being a Eurovision fan for 16 years I decided to do something that I have never done before; to watch a Eurovision semi-final. Tomorrow, I am planning to tune in once again. Read more 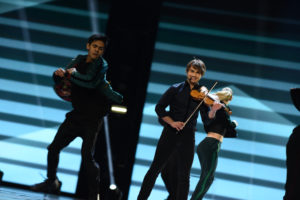 2009 was a great year for Eurovision. Norway reigned supreme and the United Kingdom ended in top 10 (yes, you heard that right). A decade has passed, there have been deaths, babies and weddings. We take a closer look at what happened to the participants that finished in top 10 in 2009. Read more 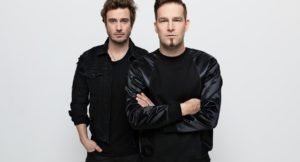 Finland have spoken. Look Away is the song that Darude feat Sebastian Rejman will take to this year’s Eurovision Song Contest. Like last year, the Finnish public along with the jury had three songs to choose from. Can Darude and Sebastian qualify for the grand final this time? Read more 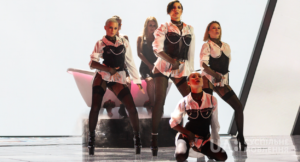 Maruv confirmed that she had a 7 hour long meeting with the broadcaster. She couldn’t accept the terms of the agreement set out by UA:PBC and will not represent the nation when the contest arrives in Tel Aviv this year. Read more 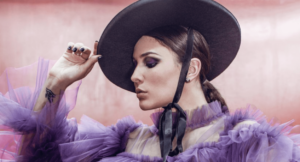 The first semi-final of Vidbir took place this evening. Eight acts battled it out for a place in the final and for the chance to represent Ukraine in Tel Aviv this May. Maruv, Brunettes Shoot Blondes and Yuko became one step closer as they became the first three acts to win a place in the final. Read more 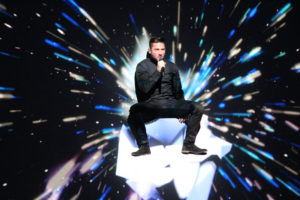 A bad kept secret is now officially confirmed. Sergey Lazarev will represent Russia at the 2019 Eurovision Song Contest. After narrowly missing out on victory in 2016, does he have what it takes to bring the trophy back to Russia for a second time? Read more 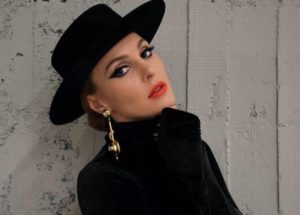 After Eleni Foureira’s second place last year, Cyprus seems to have thrown all in to win it this time. Is it too soon as many countries fail to do well two years in a row?  Read more 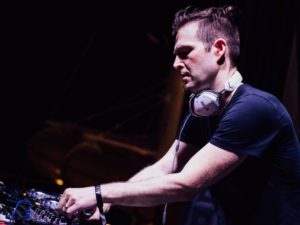 Famous producer/DJ Darude will represent Finland at the Eurovision Song Contest. After a series of bad results can he be the person to bring Eurovision pride back to Finland? The song will feature vocals from Sebastian Rejman. Read more 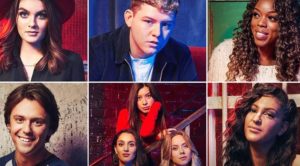 The BBC are revealing the contestants that will be competing head to head for a ticket to Tel Aviv. After 20 years since their last win, do you think that any of these contestants have what it takes to bring victory back to the UK? Read more 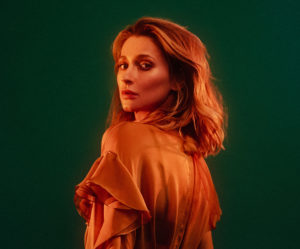 There has been shock news from Ukraine this morning as Tayanna withdraws from the competition and will no longer take part in Vidbir. Read more 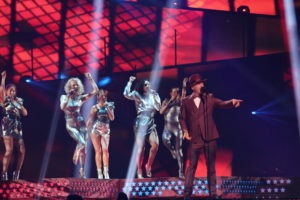 San Marino has chosen Serhat to represent them at the 2019 Eurovision Song Contest. In Russia, Sergey Lazarev’s possible return is hot topic. This year’s Eurovision could offer comeback from at least two people. What are the odds that they will do well? Read more 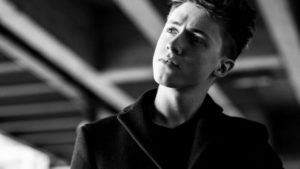 Belgian broadcaster, RTBF, have internally picked Eliot Vassamillet to represent Belgium at Eurovision Song Contest 2019 in Tel Aviv. After failing to qualify last year, can Eliot put Belgium back in the game and earn them another top 10 place? Read more

Could it be third time lucky for Tayanna? It has been announced that she will once again participate in Vidbir in the hope of getting the Ukrainian ticket to Tel Aviv this Spring. Here we look at Tayanna and the remaining competitors hoping to win a ticket to Israel. Read more 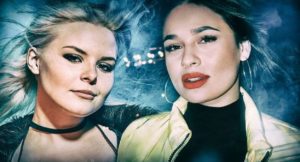 The preliminary round is now complete and a 7th finalist has been added into the mix. One of these artists will win a ticket to Tel Aviv and represent Germany at the Eurovision Song Contest. Read more 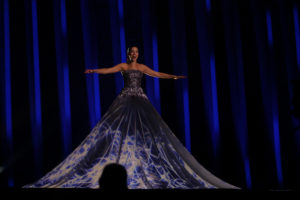 They started with 216 and now just 24 remain. Estonian Broadcaster ERR have released the names of the semi-finalists that will take to the stage of Eesti Laul early next year. Do any of these contestants have what it takes to follow in Elina Nechayeva’s place and make it to the grand final? Read more